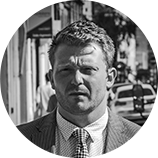 Peter is an extremely experienced Strength and conditioning coach. After completing a BSc (hons) in Sports Biomedicine and Nutrition he went on to complete an MSc in Strength and Conditioning both at Cardiff Metropolitan University.

He further went on to become and Accredited Strength and Conditioning Coach with the UKSCA.

Throughout his time at the university he worked in the S&C department with several different teams including the University Rugby, MCCU Cricketers, and Cardiff Met Ladies Football. Peter accompanied the ladies football team on two tours to UEAF Champions League Qualifiers.

During Peter’s MSc he spent a year working at Hampshire Cricket coaching under 12’s through to the professional squad. Some of these players have since gone on to represent England Cricket.

Peter became involved in CrossFit in 2016 and soon found an affinity with the links in athletic development and was subsequently approached to be head Coach at V90 CrossFit where he now runs leads their programme.